Behind the Scenes of a Corporate Testimonial Video / Interactive Remote Production Camera Crew in Minneapolis, Minnesota

or b-To say 2020 changed the game is an understatement. Since 2020, we’ve been conducting a lot of interactive remote-production projects leveraging local camera crews here in the MSP (Minneapolis & St Paul Twin Cities) area of Minnesota as well as across the USA. We understand the constraints that are required to keep everyone safe – and we now use technology that allows high-quality video, crystal clear audio, and 2-way communication with live streams being broadcast to other rooms in your building or other countries around the world.
A common example is if your director in another state needs to conduct interviews in Minnesota, having a remote video drop with face-to-face feedback from each interview around the country – it’s a game changer. No longer do you have to fly here to have a face to face interview.
If you want to come to Minnesota with a big crew, we can help you do that.
If you want to come here with just a director and we provide the entire local crew and gear – we do a lot of that.
If you want to do the entire shoot without leaving your office, we can cover all the logistics to make your interview as easy as a Zoom call.
Here’s a day in the life: Glimpse Behind the Scenes of a Corporate Testimonial Video / Interactive Remote Production Monitoring Camera Crew in Minneapolis, Minnesota

Our camera crew arrived at the C. H. Robinson office building in Eden Prairie around 9:15 am to meet an employee and be shown the two rooms we had available for the shoot that day. Out of the two room options,  we ultimately decided to use the conference room on the second floor. We began to set up by figuring out which part of the room we would like to frame the shots. After a brief consideration of two potential candidates, we chose to frame the composition with the glass wall and planter in the background. Next, we began to set up the C stands for the LED lights and boom mic. Once the stands were in place, next came the lights. The Aputure 300D MKII was to be our main LED light with a Lantern attached (the top left in the photo here) and our LED backlight which would be adjusted later on.

A cool note about the Lantern modifier is the floppy black thing on the end. You can use it to control where your light goes and where it doesn’t. It’s an extremely versatile lighting modifier as a camera crew on a small or medium-sized corporate testimonial type project. Perfect for our project in the Minneapolis suburb of Eden Prairie MN 🙂
Now that both lights were in place and the DP (director of photography) had built out the main camera (Blackmagic 6k Cinema Camera) on the main tripod,  our assistant sat in the talent’s chair. This allows us to see the lighting, how it falls on the subject’s face, the shadows, any reflections on the glass walls behind. Generally speaking, it just helps us get the lighting just right along with the final touches on the composition and framing with where the talent will be.
Next, we set up the second camera (sometimes called “strike” or b camera) to provide an additional camera angle during post-production/editing.
Once cameras and lights were set just right, we brought in the boom microphone (aka overhead mic) on a long boom pole and positioned it at just the right angle to get the perfect audio sound we’re looking for. One of the many things you look for during a tech-scout is any HVAC air vents as they can be picked up in the boom mic

Once we’d picked the perfect location, set up the cinema cameras and professional lighting, and crystal clear audio, it was time to share it with our off-site team.
On a corporate video shoot, it’s not uncommon for our production crew to span different states or countries. In this situation, we plugged our cameras into a multi-camera switcher with a high-end hardware encoder that allows us to connect through Microsoft Teams (but we could use any computer platform like Zoom, Skype, Whereby, etc).
On the receiving end, they see it as a regular video call with the remote interviewer, producer, and art director for real-time feedback to our camera operator and crew.
The producer (in the UK) was actually conducting the interview via the live feed with minimal latency, great video quality, and high-quality audio captured through the cameras. Since this depends on the internet quality – during a tech scout, we ask about getting a hard-line internet feed in the room as well as talking with the IT department where possible.
If we are doing something with a live audience and larger budget – we can also provide bonded cellular connections to ensure fast and reliable internet for your live stream upload needs.
If you want your talent to be looking directly at the camera – we can use a teleprompter setup like an Interrotron so the remote interviewer is talking to the subject eye to eye – but the camera is directly behind the glass. In this situation, the interviewee is just having a video call with the director (who could be in the other room or another country).
We can then bounce between different people in the Interrotron / teleprompter setup for ease – or jump to a teleprompter script reading – or just show a presenters powerpoint notes or graphics. Different presenters want different things, which we make it easy to give a direct-to-camera video recording.

A best practice for remote camera feed-type projects (particularly when there is additional editing going on of the finished video project) is to capture some b-roll.

Following the conclusion of each interview, we are specialists at capturing high quality B-roll of the three interviewees doing various activities around their corporate headquarters based on what they did. For example, we had them walk down the hall talking on the phone, sitting by the window answering emails, walking down the hall to an important meeting, and motion portraits like contemplating a big decision while they look out over the horizon.
Yes, all the cheesy (yet classy) corporate-type stock footage.
The difference here from the “stock corporate footage” is that the people in the shots are actually company executives – so the shots have personality – meaning – and are more interesting (at least for people who work in these companies or know the models in this case).
Following the interview portion of the shoot, we then got a more in-depth tour of their corporate headquarters including the different departments like computer coding, marketing, and sales. We filmed more B roll and discussed how we would create imagery of the building and its various rooms during the shutdown that still accomplishes their goals. In the end, we thought it would be best to highlight some of the emptiness to show while some still come to the office. Productivity remains high as most are working from home.
We highlighted what was referred to as the “Creative Hub” which is the area in which the staff has a wall approximately 40 feet long of whiteboards with various tasks listed out mostly on sticky notes. And the nine monitor square displaying C.H Robinsons’ latest supply tracking software.
We then made our way to the marketing building. It was here that we ran into a few more employees and asked if they would be interested in being in a video. We were able to get some live footage of not only their employees in action taking phone calls or responding to emails, but we also were able to capture some real emotions of the employees looking very happy with what they do.

Tip: to capture natural-looking expressions, instead of asking someone to laugh, start by telling a joke. – Travis Johansen

It comes as no surprise that the quality when your camera crew is recording on 6k cinema cameras may be overkill but there are reasons for this.

When filming this type of content in 1080p high-definition, you are recording at about 2MP per frame.
Now imagine being able to zoom into your video to create a close-up shot of your subject talking to mix up your cuts.
Your video editors can crop or digitally zoom into the 6k shots to get a close-up shot without it looking blurry or pixelated.
If you were filming in HD, the graphic on the left shows how you can zoom all the way into that middle picture without losing quality.
When you’re on the live stream – we’re using a high-end hardware encoder to help with monitoring and dailies which can be recorded locally on your end.

On the way out of the building and back to our cars we stopped at the front entrance and got a few more clips of the main entrance as well as the three flags blowing in the breeze. Overall it was another great day at Provid Films filled with lots of fast-paced action and really good conversations with those who were a part of the video production project in Minneapolis Minnesota.

To capture natural-looking expressions, instead of asking someone to laugh, start by telling a joke. – Travis Johansen 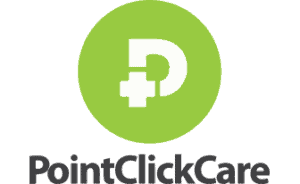 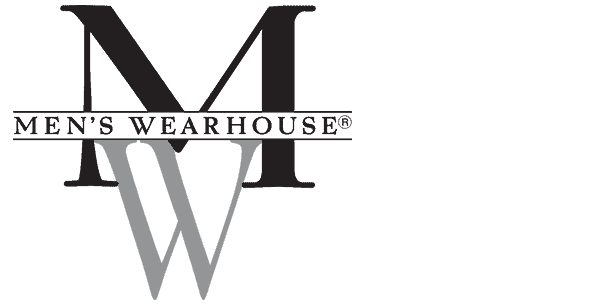