Video editor in Minneapolis gets his start 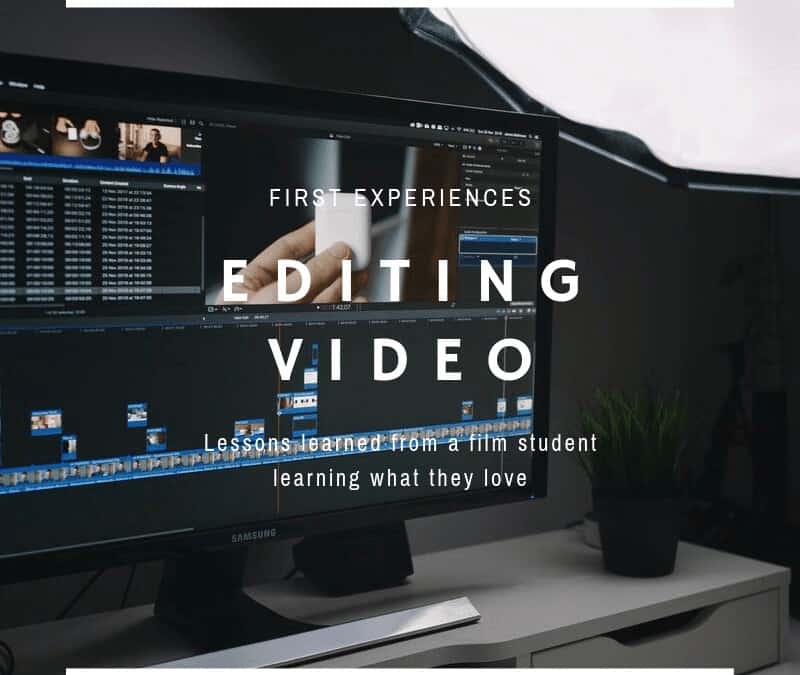 One of the aspects of my training that I enjoy most is editing videos. I know that no matter how much you do in pre-production and in production it's all about editing. Editing is what makes film unique, it's what makes for a great film. Editing video is how you turn random footage into something watchable. Here’s my story learning some skills as a video editor in Minneapolis as I got my start.

The author of this article is Chris Kirby – a student in an online film school that places students with professional video production companies and this is his article.

What I was editing

My first work on editing video was for the shoot I did as described in my post called: “How to become a Production Assistant and get started in the film industry”.

This was a unique challenge as it was my first time really sitting down and trying to craft something in editing. Luckily, I was on the shoot so I was aware of what was all captured. The second project I sat down to work on editing video was a commercial for a cosmetic procedure company. I also worked as an assistant on this shoot but there was also an existing commercial from the same company out of a different office that the client explicitly told us to style ours from. So I sat down, had the example on hand, and went to work.

With the first video I was editing, there were so many challenges. Since I'm just a 2 days per week student, and this was real project with fast deadlines, I wasn't the one to actually complete the video editing. But looking at the final video – I was surprised to see that much of my work was kept in the final product.

For most of this project, I was dealing with internal conflicts. It was my first time actually trying to edit a video and I had no idea what I was doing. I had spent some time previously getting to know the program (Adobe Premiere) and shadowing my mentor on how they prefer to operate and how to finely tune in edits. But how do I craft the video?

Learning how to edit a promotional video – I had a lot to learn.

From a very top-level view:

– First, the story was crafted using interviews that were shot.

– Then music was added to the project.

So I have ten hours' worth of B-roll to fill in to complete the three-minute video and I went with my gut. I pulled in clips that told the story visually. But I was matching the words of the interviewees. I then fine-tuned the shots to match the rhythm and beats of the song. What came out was something I really liked. I showed it to my mentor and it turns out I made a slightly avant-garde video that was a confusing assault on the senses.

Your proclivities will always show themselves in your work.

I was missing the first piece of commercial film, palatable and digestible. Sure I like to get weird and the cinema I want to make will lean on the weird. It's what I think is more artistically interesting and fun to watch. But this is a commercial profile for a client. Rein it in, buddy.

My task the following week was to redo the edits to tell a story visually, to piece all the footage together so the visuals tell the story, not the words spoken. But it was completed by someone else and it turns out that if I were to just cut back on a lot of the footage and show the interviewees more it did work. I was instructed to completely cover all footage with B-roll so I go crazy with the cheese whiz and that's how it turned out avant-garde-esque. Just some fine-tuning and my ideas and aesthetic worked very nicely. I like the final video.

So I could just keep working on that video continuing to edit and edit and edit for the experience, but since it had already been finished the rest of the week I wasn’t in the studio, we moved on to another video project.

Time to start editing video for a new commercial. This one went much more smoothly for me. Not only did I have a template to follow but all my lessons learned from the previous project helped me understand how to approach this material in a more practical way.

Working away I began to have immense fun editing the video. I got to browse and choose the music to set the commercial to and was just bopping away as I repeatedly rewound and played and cut and trimmed and moved and sequenced. Adding transitions, simple fades with the music, making everything flow, cutting it together from about 60 different clips, shots, and takes; I was making something.

I completed the whole video’s rough cut in one afternoon with the exception of on-screen graphics and some stills we needed to get from the client. I was satisfied and happy completing the project so I could head home not feeling anxious or worried as I had with the previous project.

Now I'm back home writing this blog post and I'm antsy to get back into it. Did the commercial get finished while I was out? I'll find out and if not, I get right back to editing that video and finalizing it. If it is, I'm just waiting for the next project. When will it be? I don't know but maybe next I should write some small scripts to make a few very short videos on my own. Maybe that will be my next post. That's what my mentor has been pushing for and now that I'm not just looking at a book and watching training videos – now that I’m actually DOing filmmaking – albeit commercial and promotional videos – I can't get enough. This is what I've wanted to do almost my whole life and even if I'm training in commercial space right now that itch is still getting scratched. I'll break some rules later.

Chris has been writing about stories from all mediums for over ten years. This has ranged from Film to Anime, Manga, Comics, and Music. He formally wrote reviews for The Fandom Post and is now digging back into his study of film. He came to Provid Films – the Minneapolis Minnesota video production company in 2019 as part of an online film school that places students in actual production companies to get hands-on work.