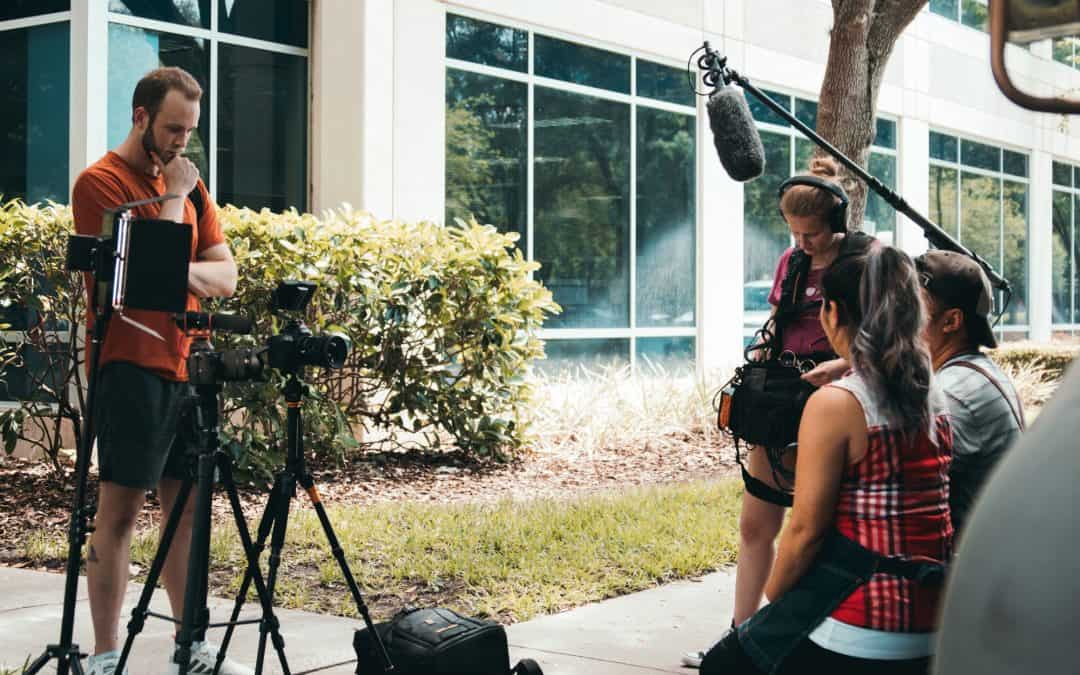 For this guide on how to troubleshoot a scene for your YouTube videos in 4 simple steps Clayton (a film student) filmed a short minute and a half long scene from our screenplay “Reegan and Clayton Make A Movie”.

For this shoot I used affordable gear that I already owned

For this shoot we needed 4 people in total on set while filming.

Problems We Solved On Set

A lot of working on set is just solving problems as they come up, and they WILL come up.

The 4 Steps On How To Troubleshoot A Scene For Your YouTube Videos.

Some problems, however, you may not see until after the shoot is over. Use these 4 steps to figure out how to make your scene the very best it can be.

Step 1 – Ask Yourself What Went Great

The first step is figuring out what you did right during the shoot so you know what you don’t have to work on for next time.

Step 2 – Ask Yourself What Went Terribly

The second step is figuring out what went wrong so you can figure out how to correct it.

Step 3 – What Did You Learn From These Things?

Figure out what exactly happened to cause all the things that went wrong so that you can try not to make the same mistakes again next time.

You should always think about EVERYTHING before shooting because if you don’t you will forget something and it could ruin a whole day of filming, if this footage was for a sketch, I would probably have redone it another day.

Step 4 – Figure Out Things To Do Differently Next Time

The final step is to actually fix the bad things about your scene for whenever you shoot next.

Hopefully, this article has helped you learn how to troubleshoot a scene for your YouTube videos.

This article was written by Clayton Osterhues – a comedy writer and Youtuber in Somerset Wisconsin – a mentee at Provid Films in Northeast Minneapolis Minnesota. You can find his channel at https://www.youtube.com/channel/UC8uGzDbp5zRVta1yHJUmYuw

If you would like to learn more about the basics of video production you can view our Basics Of Video Production Guide For Business here.